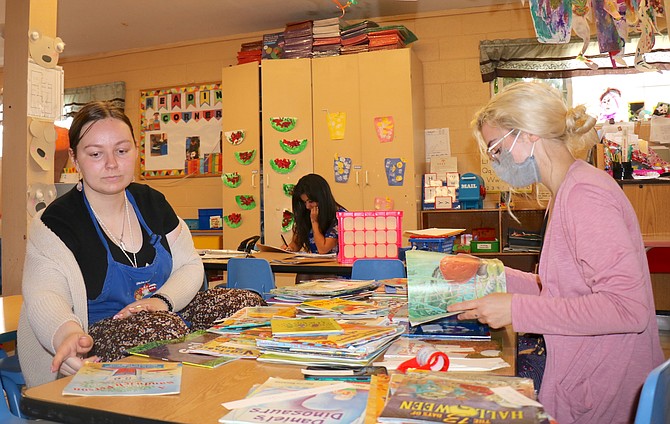 Teachers at Little Bear Preschool and Childcare in Sparks organize books for the children to read on Monday, July 19. Photo by Kaleb Roedel.