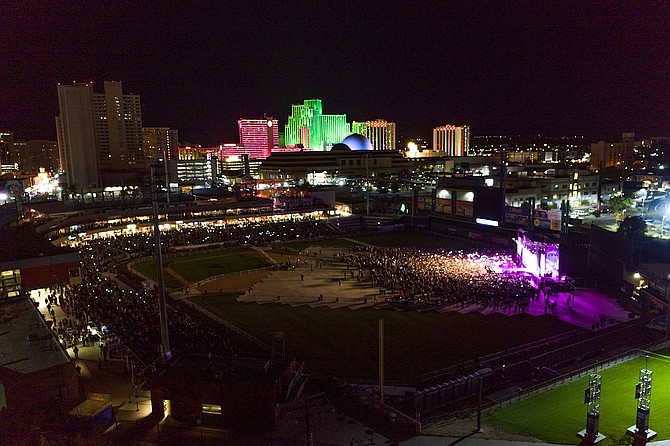 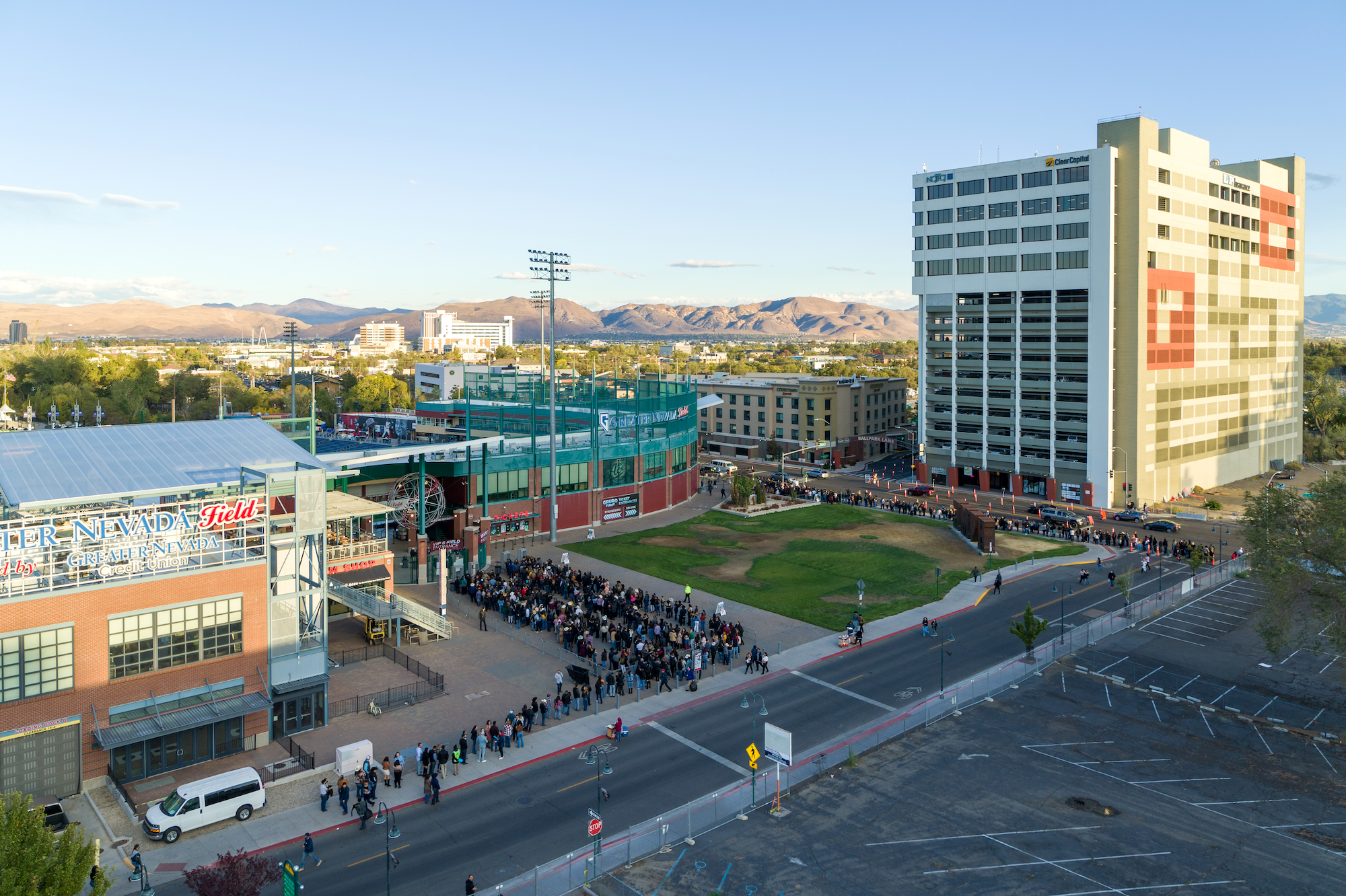 The lines were long to get into the Grupo Firme concert held Oct. 8 at Greater Nevada Field. The performance led to the largest attendance ever at the downtown Reno ballpark. Photo: Reno Aces