Hard Rock to buy The Mirage for more than $1 billion 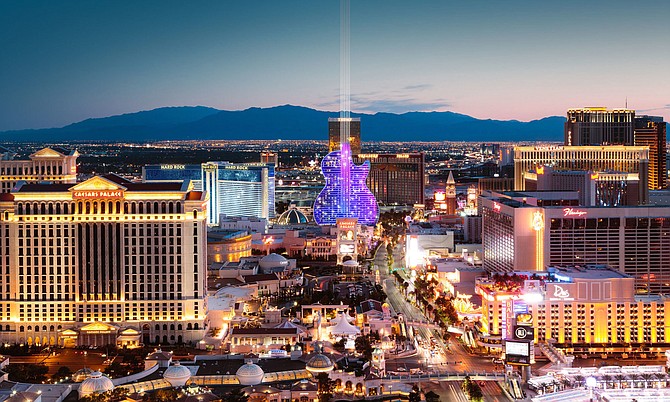 A rendering shows Hard Rock’s plans for a guitar-shaped hotel tower, which would be located on the Las Vegas Strip as part of The Mirage. The Florida-based Seminole Indian Tribe owns Hard Rock, which is paying $1.075 billion for the Strip resort. Courtesy: Hard Rock International