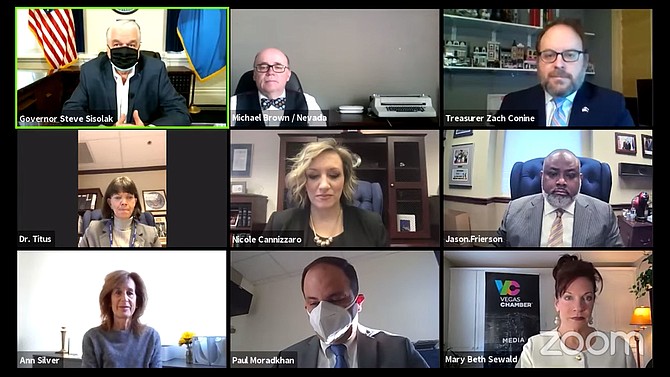 It's the first bill approved and signed this legislative session.

Ann Silver, CEO of the Reno-Sparks Chamber of Commerce; Michael Brown, executive director of the Nevada Governor's Office of Economic Development; and Mary Beth Sewald, president of the Vegas Chamber, were among those who attended, in addition to Nevada legislative leaders.

"We can't say thank you enough ... I also want to give a shout-out to 32 other chambers of commerce in the state, all of whom pushed out this information about the PETS grant," Silver said during the virtual event. "... Our small businesses provide the goods and services we all rely upon every day, so this lifeline to them is so important ... to the vitality of our communities and the ongoing sustainability of the economy and people's lives, their family's lives, and for customers the opportunity to shop at small businesses."

You can watch a replay of the virtual ceremony here.

The original story from 8 a.m. Friday is below.


The bill was fast-tracked this week so that, “we could get this out immediately so small businesses can get their money," said Senate Finance Chairman Chris Brooks, D-Las Vegas.