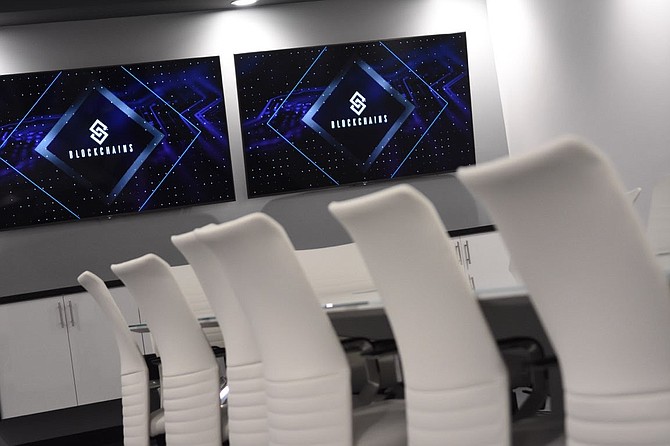 A conference room at an office for Blockchains, LLC in the Tahoe-Reno Industrial Center. Photo: David Calvert / The Nevada Independent