Follow the Money: Realtors, developers gave legislators more than $1.3 million ahead of 2021 session 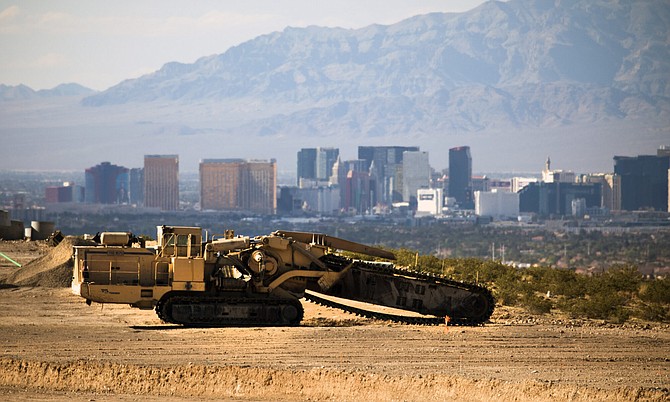 A trencher is parked on a new home development about two miles north of Sloan Canyon National Conservation Area on Wednesday, May 9, 2018. Photo: Jeff Scheid / The Nevada Independent


EDITOR’S NOTE: Over the coming weeks, as part of The Nevada Independent’s “Follow the Money” series, The Indy is publishing deep dives into the industries that dominated legislative campaign spending in the 2020 campaign cycle. The below story is specific to the real estate and development industries. To see previous installments, follow the links below:
• Top-line legislative fundraising
• Top-line industry spending