Northern Nevada courses teed up to drive revenue growth in 2021 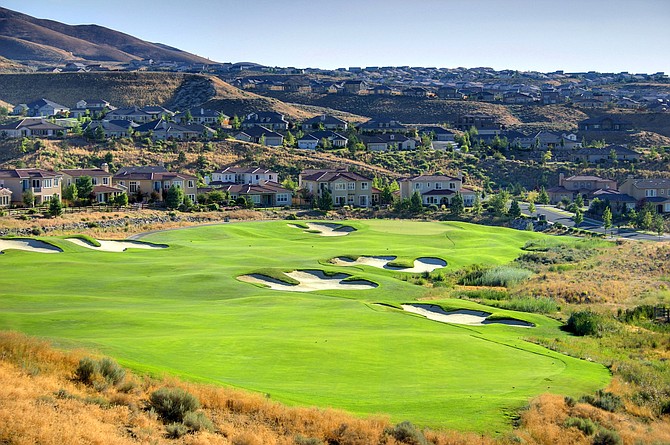 Somersett Golf and Country Club, a par-72 championship course nestled in the community of Somersett in West Reno, has seen a surge in new memberships since the pandemic hit. Courtesy Photo

Last week, The Club at ArrowCreek announced the hiring of a new leadership team, led by Jim Cleary as general manager.

According to an April 29 press release, Cleary will guide the private golf course as it continues its $50 million renovation project, which includes a new clubhouse, multiple new dining options, a new pool complex and a new meeting and event space, available to rent by the public.

Cleary, who has more than 34 years of experience, most recently served as GM of Red Hawk Golf and Resort in Sparks; he previously held the title of COO at The Lodge of Four Seasons and The Club at Porto Cima, both in Missouri.

Additionally, Nathaniel Brethold was hired as assistant general manager, and Chef Leon Teow will serve as director of culinary operations, according to the press release, which notes the club is currently hiring for several seasonal, part-time and full-time positions.

The new hires come roughly a year after The Club at ArrowCreek’s ownership announced on May 5, 2020, the selection of Troon Privé — the private club operating division of Scottsdale, Arizona-based company Troon — to oversee all club operations.