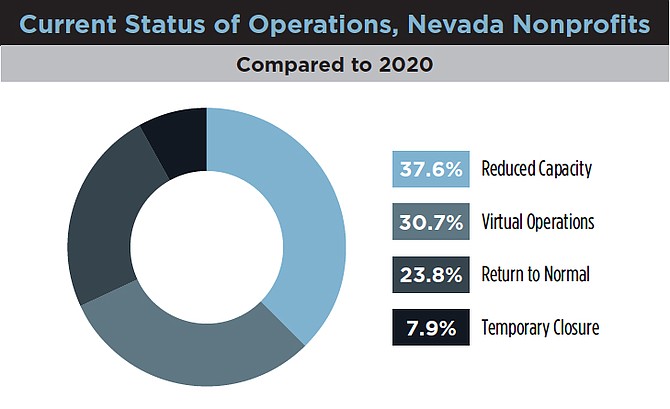 Source: The Private Bank by Nevada State Bank's High Net Worth Report, which can be found at www.nsbank.com/HNWreport.


"The COVID-19 pandemic emphasized the importance of (charitable) organizations and their programs, but it also strained the financial resources that they rely on," according to the report. " ... Established income streams from corporations were disrupted as many businesses across the United States were directly affected by the pandemic and related response. This was also true for many households that experienced employment disruptions and overall economic uncertainty."

Still, charitable giving in 2020 "actually increased, largely due to higher giving levels by individuals," according to the report.