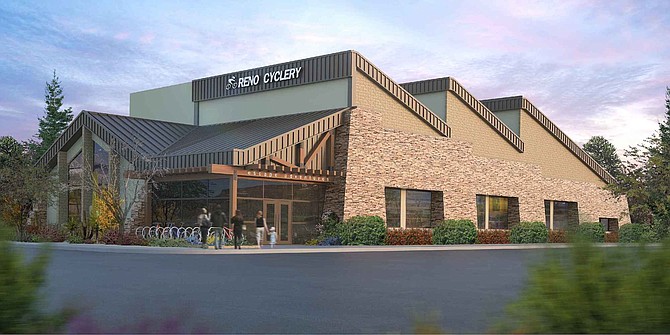 A rendering of the Reno Cyclery project, which will include the construction of a 9,793-square-foot bike shop, two mixed-use buildings, and a 3-acre recreation area. Courtesy: SR Construction