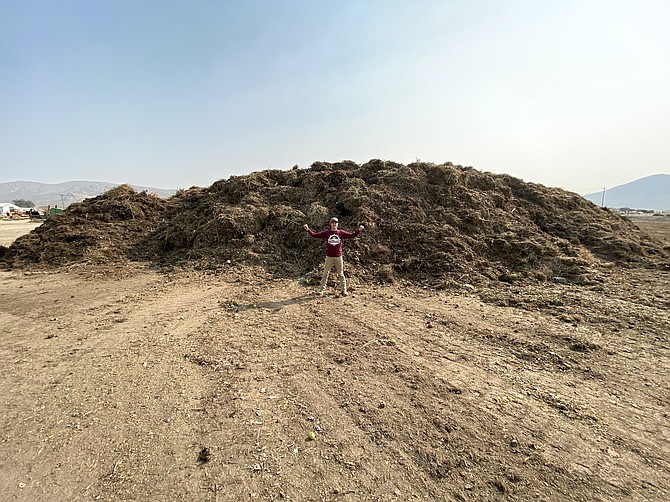 Cody Witt, Northern Nevada Manager at Full Circle Soils and Compost, stands in front of a giant pile of compost at the company’s site in Carson City. Courtesy Photo