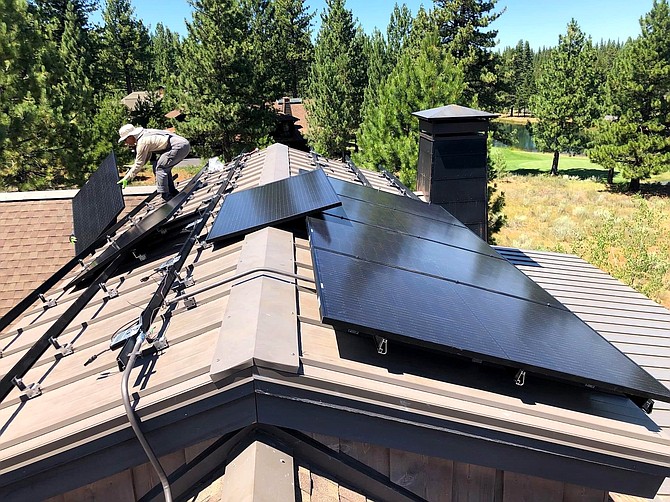 A crewmember at Reno-based Simple Power Solar grabs a solar panel to be installed while working on a residential project. Courtesy Photo