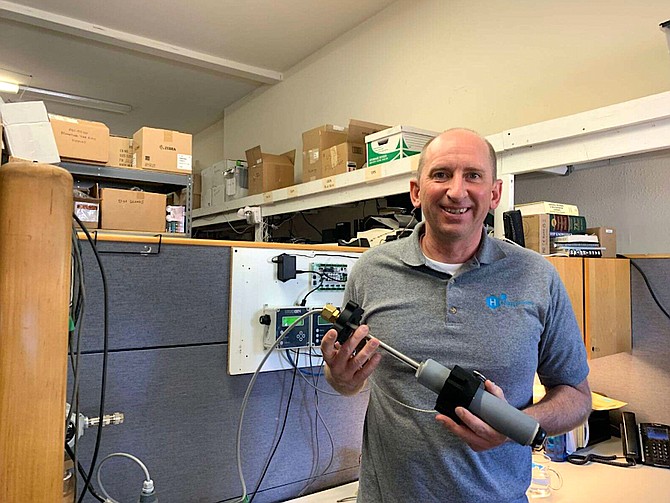 Halogen Systems Sales Executive Michael Travis Silveri holds one of the municipal water sensors that can go directly into pipes; the company says the sensors will eventually result in saving millions of gallons of water per year. Photo: Miranda Jacobson