Multifamily Housing: Apartments popping up like spring flowers in region 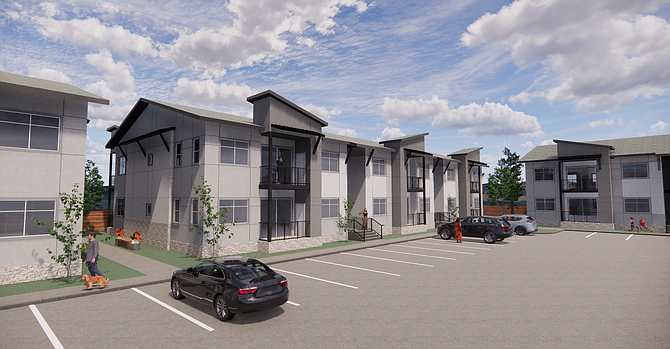 A flurry of recent multifamily openings and groundbreakings is slated to bring hundreds of new apartment doors to the Greater Reno-Sparks market.

Greenstreet Development Inc. recently finished turning a dilapidated 1950s office building and taxicab parking lot on Gentry Way into a new 55-and-over apartment community. Vintage at Sanctuary is one of few multifamily communities with a senior designation that’s centrally located in the heart of Reno.

The complex features studios and one-bedroom apartments ranging in size from 417 to 510 square feet. Village at Sanctuary is about 40 percent leased among its two phases – the first phase is fully leased – while the project received its certification of occupation from the City of Reno in late March for the second phase of 105 units.

Greenstreet President Dane Hillyard said his company purchased the land for a good price, and since it was located in a HUD Difficult to Develop Area, Greenstreet also received a 30 percent tax break that helped make the deal financially viable. Because it's affordable housing, the developers can’t sell the property for 20 years, and it must remain an affordable housing project for a minimum of 30 years.

“It was zoned appropriately, so all we had to do was go through a site plan review, and the height limit there was 70 feet, which we could make work since we are at 50 feet (over four stories),” Hillyard told NNBW. “The site had a lot of good things going for it, and it worked out well.”

The real work, he noted, came in lining up financing for the project. Multiple parties were involved, including the Federal Housing Administration, the city of Reno, and state of Nevada.

“The process takes a long time and triggers a lot of requirements and environmental reviews, things that are beyond what we would need to do for a market-rate deal,” Hillyard said.

Greenstreet, which developed the property with Vintage Housing, applied for its first funding round in December 2018 and began progressing through the design and entitlement processes. Construction started in spring 2020, and the COVID-19 pandemic created about a six-month delay in the buildout, Hillyard said.

“Normally a project like that would take a year and a half to build, but it took two years because of COVID,” Hillyard said.

Supply chain issues further constrained the development timeline – elevator parts were stuck offshore of the Port of Long Beach for two months, Hillyard said, and dishwashers for individual units also were unavailable for a period of time.

Vintage at Sanctuary is the latest in a long line of multifamily properties constructed by Greenstreet and Vintage Housing. The companies have built more than 4,500 apartment units in the Reno-Sparks market. Vintage is a slight majority owner.

“We are the front end guys, and they are the back end guys once (a project) is done,” Hillyard said. “Greenstreet is the local developer tasked with finding suitable development sites, as well as designing, building and getting all permits and approvals. Greenstreet stays in as owners, but Vintage is the operational partner once the project is complete and handles leasing, maintenance, marketing and other duties.

“We get it created, and they operate it.”

Greenstreet currently is constructing the 180-unit Springview by Vintage Apartments family affordable project on Clearacre Lane in Reno. Springview will feature one, two and three-bedroom units.

The company also has another senior housing project set to kick off, a five-story, 206-unit building situated near the Union Pacific railway between Washington and Vine streets in downtown. And it’s building a 256-unit senior affordable housing project in Spanish Springs at Neighborhood Way off Eagle Canyon Drive.

“There’s a huge demand for it, and there isn’t any out there,” Hillyard said. “The demand is equal for both senior and family (affordable housing), so that’s what we try to do. In the last five years we have done more family than senior, but we have a couple of senior deals in the pipeline right now.” 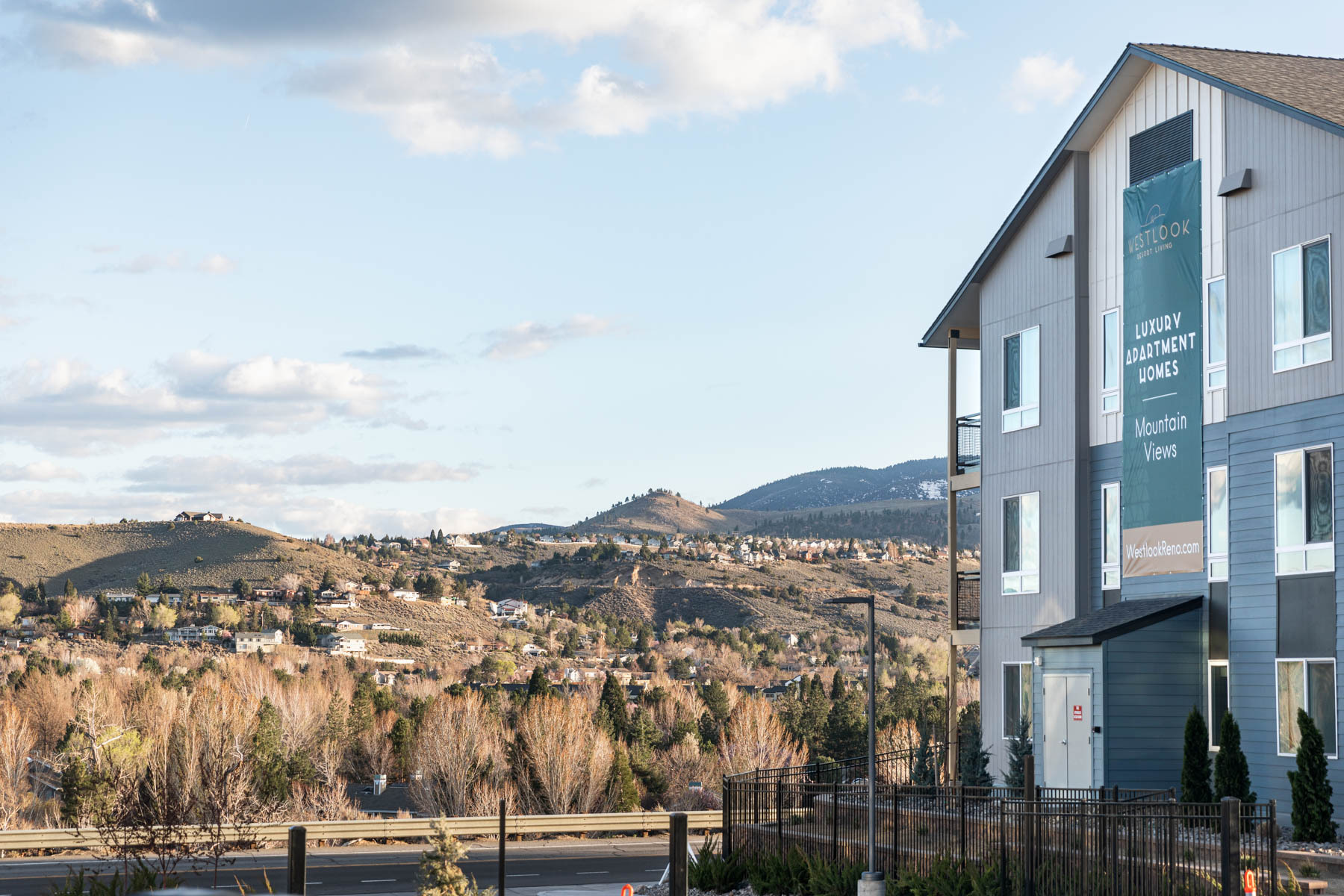 Courtesy
Westlook, a 192-unit luxury apartment complex of nine three-story buildings, was developed by S3 Development and Ensemble Real Estate.
Completed market rate projects include Azure by the Sparks Marina, and Greenstreet is wrapping up construction on 440 high-end luxury apartment units at Double R Boulevard. It also plans on building 280 Class-A units near Bishop Manogue High School, as well as 222 units off Redfield Parkway near Sam’s Club. That last project likely won’t break ground until later this year or early 2023, Hillyard noted.
Additional multifamily complexes that opened or broke ground in the spring include:

Westlook. This 192-unit luxury apartment complex of nine three-story buildings was developed by S3 Development and Ensemble Real Estate. It features one-, two-, and three-bedroom apartments ranging in size from 624 to 1,325 square feet. Monthly rents start at $1,675 and run north of $2,500.

Indigo will feature floor plans ranging from 752 to 1,352 square feet. Apartments will have upscale features such as quartz countertops, plankflooring, washers and dryers, and a one- or two-car garage. Gigi Chisel, Lewis Management Corp.’s vice president of Northern Nevada Development, said the complex is expected to be completed by late summer of 2023.

The Marlette. Kingsbarn Capital & Development broke ground on The Marlette, a 140-unit garden-style complex at Janas Way and Little Lane in Carson City. The apartment complex will consist of 10 two-story buildings split into 80 one-bedroom units and 60 two-bedroom units. Neeser Construction is the contractor on the project, which was designed by Novak Architecture of Tualatin, Ore. The Marlette is expected to open in spring 2023