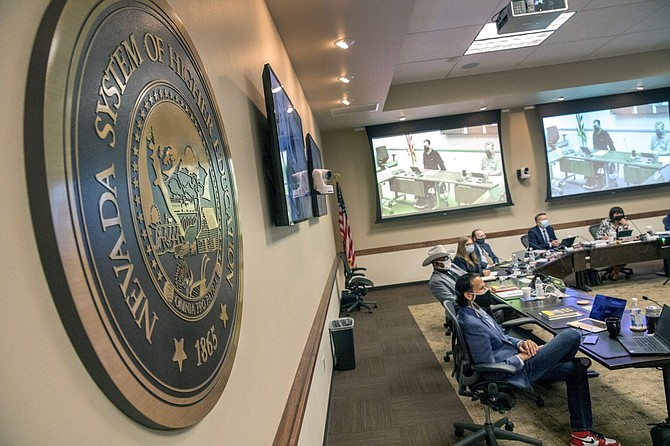 The Board of Regents listens during public comment during a September 2021 meeting before voting on a mandate requiring the COVID vaccine for higher ed employees. Photo: Jeff Scheid / The Nevada Independent