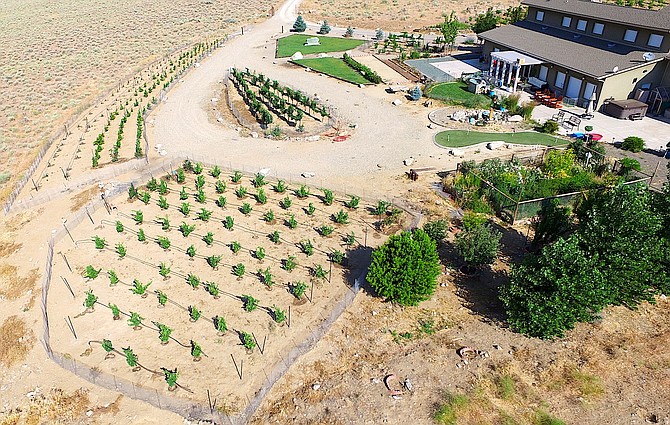 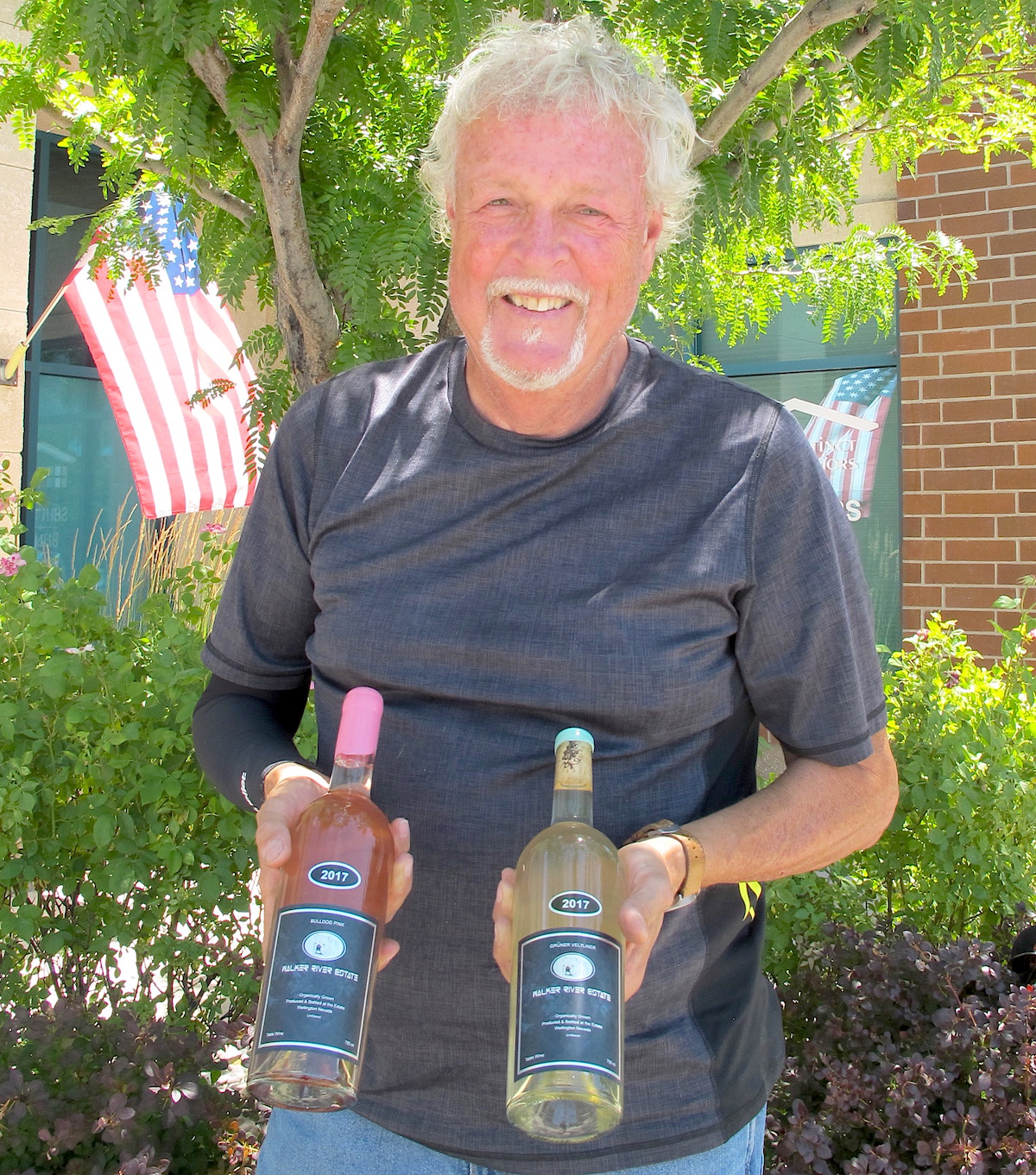 Greg Ross holds two of his 2017 wines, made from grapes grown, pressed and bottle in Wellington. Photo: Kurt Hildebrand