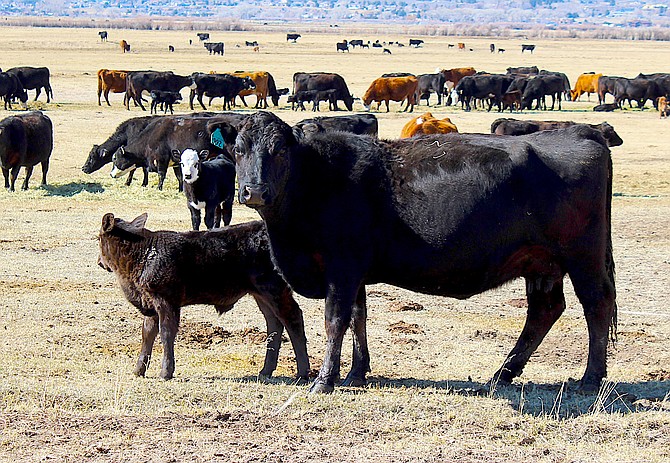 Cattle along Highway 395 on Wednesday.