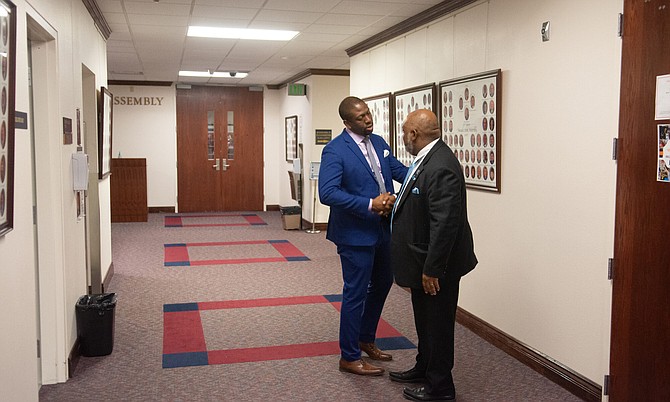 Assembly Speaker Jason Frierson and Nevada Mining Association President Tyre Gray on the final day of the 81st session of the Legislature on Monday, May 31, 2021, in Carson City. Photo: David Calvert/ The Nevada Independent