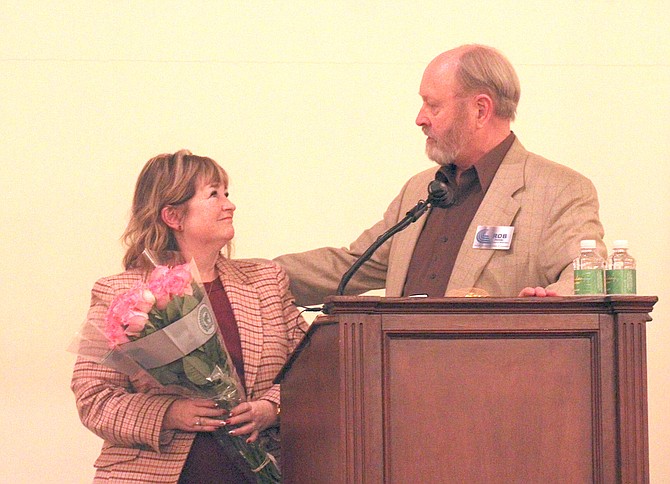 Rob Joiner, the chairman of the Chamber of Commerce’s board of directors, presented Mayor Lori Bagwell with a bouquet and his gratitude.