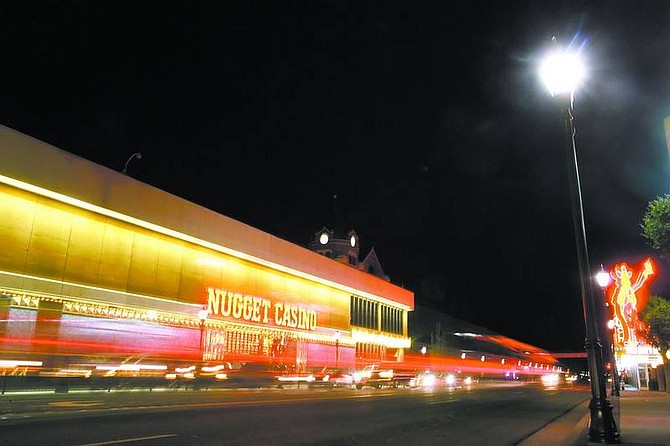 BRAD HORN/Nevada Appeal Cars travel along Carson Street near the Nugget Casino and the Horseshoe Club. One of the larger drops in gaming revenues was in the Carson Valley area, which includes valley portions of Douglas County as well as the Capital.