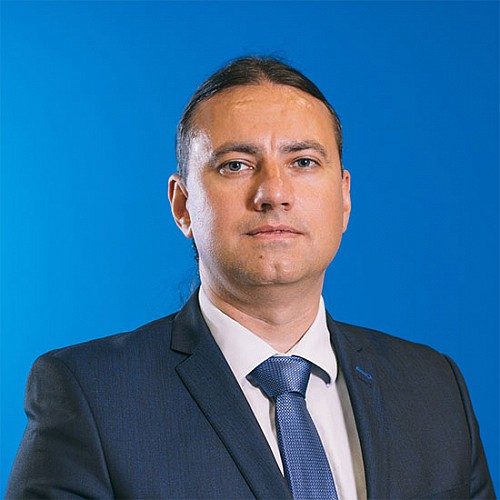 
The NFT technology is living a fast and high-profile life. No one knew what NFT was two years ago. Then suddenly it was all over the news, and captivated a lot of business people's minds. By mid-2022 the technology saw more ups and downs than a traditional technology would see in a decade.

It started as a way to digitize art and prove ownership. That is still the case and is considered to be a "classic use.”

It continued as collections of images that you could use on your profiles instead of your photo. This idea went mainstream so fast that nowadays profile pic collections are no longer a sexy trend. Too many collections out there, too much noise, even the psychological value is diluted.

But you can still prove your ownership of something cool. Combine it with the need to belong, and you get the newer trend for NFT usage: proof of being a part of a VIP community. The NFT pass will open the doors to a high-class restaurant, luxury services, or expensive resort. You'll need different NFTs for each business, and you still need to pay a good price for the services, and the NFTs are still expensive - but hey, you're a part of a privileged group now!

The good thing about the current state of NFT is, we are gravitating from digital imaginary values to real world values. And the move is happening fast, as everything in the Blockchain / NFT sector. The typical technology adoption cycle is between 10 and 20 years; with NFT it could be closer to 5-6 years.

The early adopters of NFTs are very well aware that the technology is still in its infancy, and they know that sometimes it's easier to take the leap of faith and buy something instead of digging into project details and understanding what's the true value of an NFT. Many NFT owners call themselves an "NFT degen", which means that they buy too much too fast, because it's funnier that way. Fun is a big part of the NFT culture, with a big part of it being built on memes and internal jokes.

If you're a gamer, you probably heard about the Play to Earn concept. The pioneer in this space, a game called Axie Infinity, made a huge splash in the digital world. It was possible to make good money just by playing the game 5/8, comparable to what you'd earn on a "normal" day job in some countries.

A number of games followed that model, raising big money in the financing rounds. Interestingly, while some games were funded by VCs, a number of them were community-funded, where people bought an NFT that would allow them to be more successful in the game at a later stage, when the game would actually be developed.

On a related note, a lot of people investing in NFT games were totally not gamers. They were in only for the opportunity to make money. Even if the NFT games were fun to play (they are not, in most cases), the investors would only care about how much their digital property is worth in the optimistic future. The games promise high yields, much more lucrative than the traditional investment tools.

NFT used to be a way to combine fun and making money. However, the recent bear cryptomarket makes it harder and harder to earn while reselling the NFTs for a higher price. While that is bad for traders who jumped in on a declining market, that is also good for the technology, as people are moving from pure trading to useful applications. And as I mentioned, this process is happening very fast, so we will definitely see new NFT-powered projects in the near future.

Here is how the NFT evolution will look.
The digital you

A good example of "healthy" NFT usage is the combination of investment and real estate. You buy a part of a house and get a share of the profits generated from renting out that house. With the traditional ownership model, if you urgently need to cash out, you can't do that because of the mandatory paperwork. In the NFT-based model, you just sell your NFT on the specialized market. If the price is right, you get your investment back in under one hour.

There are three pillars of future NFT projects:

Whoever manages to combine all three has a good chance of building the next big thing. The market and the audience are ready.

Roman Korzh is vice president of development at Zfort Group. Zfort Group is a leading worldwide software development agency, specializing in complex projects and cutting edge technologies, including NFT, Blockchain, Artificial Intelligence, Machine Learning. The company was founded in 2000, and has been working on Blockchain projects since 2016. If you have a project idea, or need help with web app / mobile app development, contact Zfort Group at contact@zfort.com.