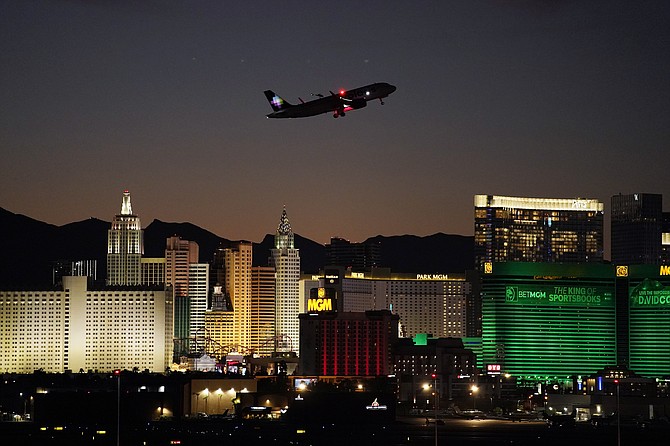 FILE - A plane takes off from Harry Reid International Airport near casinos along the Las Vegas Strip, on Sept. 29, 2021, in Las Vegas. Caesars Entertainment spinoff VICI Properties said April 29, 2022, that it completed its $17.2 billion buyout of MGM Growth Properties, the Las Vegas Review-Journal reported. The deal was first announced last August and included the assumption of about $5.7 billion of debt. (AP Photo/John Locher, File)