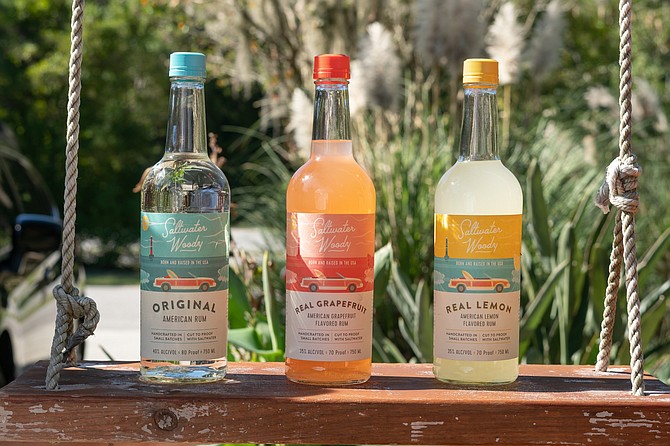 National rum brand, Saltwater Woody, has officially landed in “The Biggest Little City in the World” with its growth into the Reno market. The expansion of the craft rum into Reno signifies the continuation of its influence as it evolves into cities far from its location of origin in Louisville, Kentucky.

Since officially launching in 2020, Saltwater Woody has gained popularity among adult beverage drinkers by trailblazing a unique approach to crafting rum. Saltwater Woody, known for being “cut with salt water,” is the first-ever spirit to utilize this unique process which yields a rum that naturally enhances the flavors within a cocktail by tempering bitterness and amplifying sweets and sours. The salt water also brightens flavors like fresh herbs and fruits while freeing up aromatic molecules, delivering a delicious aroma with every pour. Expressions to look for in Reno include Saltwater Woody Original, Saltwater Woody Grapefruit and SaltwaterWoody Lemon.

“We’re thrilled to bring our revolutionary rum to Reno consumers. They’re sure to enjoy the light and warmth this beverage represents,” said Matt Kenney, co-founder of Saltwater Woody. “We cannot wait to continue extending our brand to the western part of the United States and engaging with consumers near and far as they experience Saltwater Woody for the first time.”

Saltwater Woody was established in 2018 by three friends – Fred Sutterlin, Paul Heintzman and Matt Kenney – with a vision to create a brand that encapsulated their love of good times, beach vibes and America.

“The last decade has witnessed never-before-seen growth in the craft beverage and cocktail space,” said Paul Heintzman, co-founder of SaltwaterWoody. “While we’re joining the conversation, our brand outpaces the competition in flavor, essence and style. We’re excited to bring our rum to Reno and give a new region of consumers a chance to surf the SaltwaterWoody wave.”

Distilled on the Florida coast, Saltwater Woody is blended and bottled in Kentucky as an American-owned-and-operated rum brand. The brand officially launched in Louisville, Kentucky, on July 4, 2020, with its highly acclaimed Grapefruit Rum. By 2021, Saltwater Woody expanded into Indiana, Maine, Ohio and South Carolina. The rapid growth continued into 38 states via e-commerce, and most recently, Saltwater Woody launched in Tennessee.