Biz & Books Review: Exploring those who work with the dead 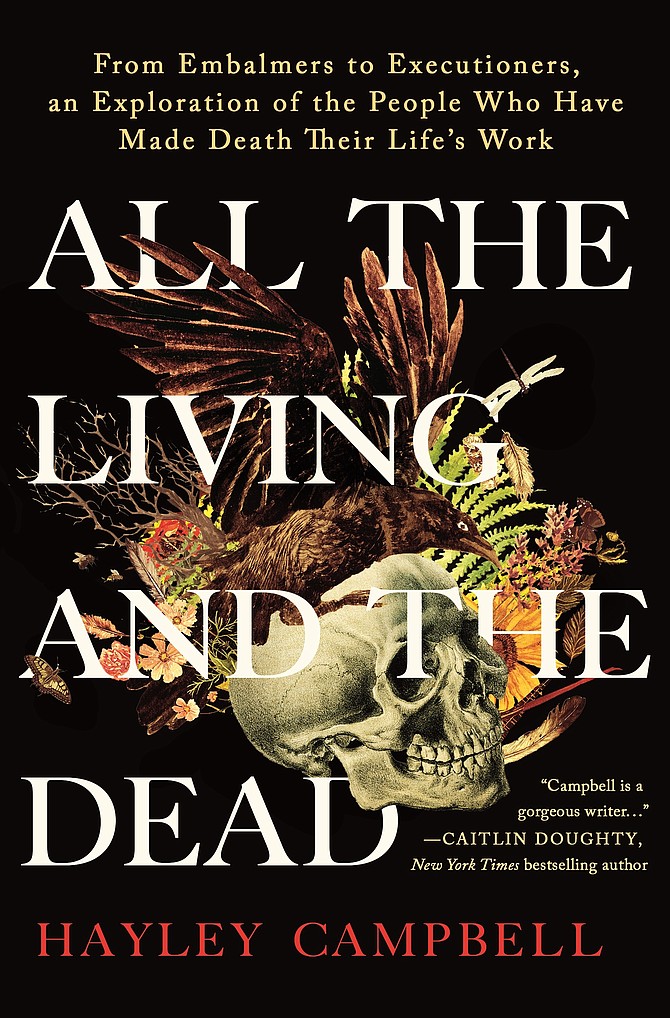 All the Living and the Dead" by Hayley Campbell

Terri Schlichenmeyer Special to the NNBW

Every day, you go to work and quietly do your job.

There's no fanfare, no hourly kudos, parades, or regular praise; you were hired for a task or a series of tasks and that's what you finish. It's the work you've chosen and nobody notices that you do it well but, as in the new book, "All the Living and the Dead" by Hayley Campbell, they'd notice if you didn't.
In Hayley Campbell's childhood home, death was no big deal.

Her father was an artist who was paid to illustrate death as a theme, and Campbell recalls imitating his artwork, pets that met early demises, and a childhood friend who drowned. Death, for her, was just a part of life.

"We are surrounded by death," she says, in our games, the news, the songs we sing, everywhere. More than 55 million people around the world die each year but most of us don't know much about those who do the "necessary work" of dealing "with the things we cannot bear to look at..."

Are we "cheating ourselves out of some fundamental human knowledge...?"

Campbell began her search for an answer with a funeral director, who advised Campbell to "separate the shock of seeing death from the shock of grief" by ensuring that the first dead body she ever saw was not that of someone she loved.

She visited the Mayo Clinic in Minnesota, to talk with a man who prepares the "gift" of body donorship. An artist showed her how he memorializes the faces of those who've departed, and a disaster mitigator explained how he deals with "catastrophe." Campbell met with a crime scene cleaner, had lunch with someone who executed Death Row inmates, she heard stories from an embalmer, cleaned a cremation retort, helped an anatomical pathology technologist, spoke to a midwife, visited with gravediggers, and learned about cryonics.

"I wanted to see all of it," she says. "But in many of these rooms... I was, for a few moments, speechless."
Go ahead. Admit it. You were curious, too, weren't you?

That's the beauty of "All the Living and the Dead": that author Hayley Campbell gives readers plenty of room to be inquisitive, offering facts that they perhaps haven't even had a chance to conceive yet, without shame and without making anyone feel like a ghoul. This is, in fact, a wide-eyed book, it's respectful, humble, and filled with honor and it's not gratuitously gory, although there are a few cringey moments inside.

On those, steel yourself. Campbell doesn't just write "squelchily," she's also forthright on things that left her unsettled and that which sent her reeling. That – the emotion and its lingering effects on her entire being – can feel worse than the malodorous moments here, and Campbell honestly tells readers how she dealt with that, too. You won't be sorry knowing.

Curiosity, RIP. Bury your lack of information. If you've got questions about people who work with the dead and you need answers, "All the Living and the Dead" will do the job.

Terri Schlichenmeyer is the reviewer behind “The Bookworm Sez,” a self-syndicated book review column published in more than 260 newspapers and magazines. Reach her at bookwormsez.com.