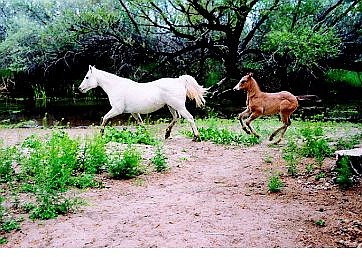 A mare and her one-month-old colt play along the Carson River near Dayton recently. The photo was taken by Kimberly Hamel of Dayton. Submit photos by e-mail to news@nevadaappeal.com or by U.S. Postal mail to Nevada Appeal Capital Snaps, 580 Mallory Way, Carson City NV 89702. Include caption information about who or what is in the photo, where and when it was photographed and who took the photo. Not all photos can be published due to the large number of submissions and duplicating of subjects. 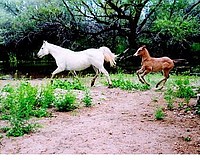