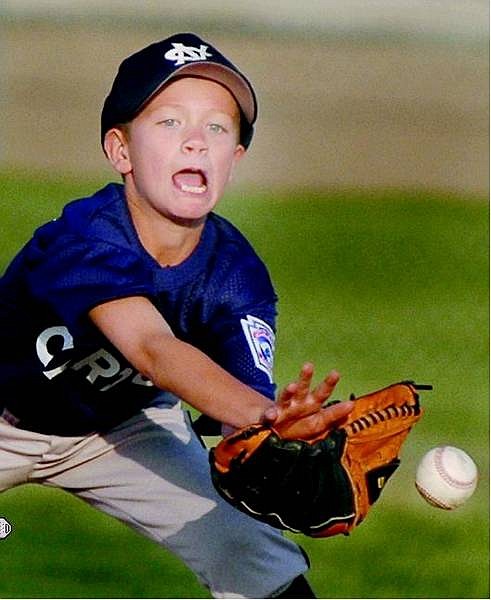 Kevin Clifford/Nevada Appeal Second Baseman Billy Goularte of the Carson National Renegades attempts a catch to make a double-play in the top of the 5th inning against the South Tahoe Hooligans during the 2005 All Star Tournament Northern Nevada District 1 game on Thursday 23, 2005. The South Tahoe Hooligans won the game 8-9. Kevin Clifford 6/23/05 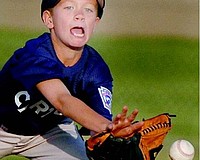