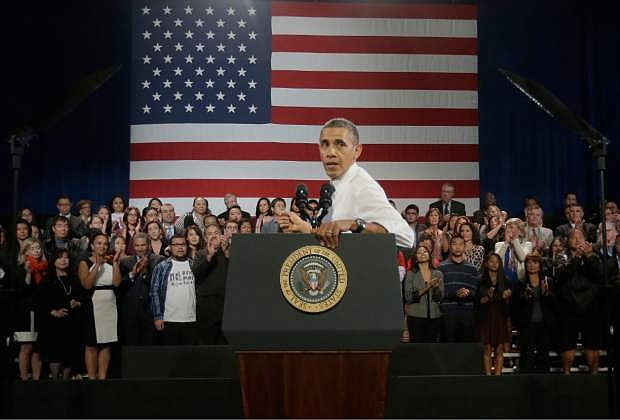 President Barack Obama turns around to respond to hecklers interrupting his speech about immigration reform, Monday, Nov. 25, 2013, at the Betty Ann Ong Chinese Recreation Center in San Francisco. Obama&#039;s speech was dramatically interrupted by hecklers, located directly behind him, who urged him to halt deportations, of which his administration has conducted a record number. One young man shouted about his family being separated for Thanksgiving, and said Obama should use his executive power to stop this. &quot;Stop deportations, yes we can,&quot; the man and other people chanted. The president stopped Secret Service agents who tried to remove the protesters.(AP Photo/Pablo Martinez Monsivais) 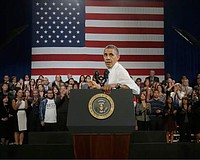