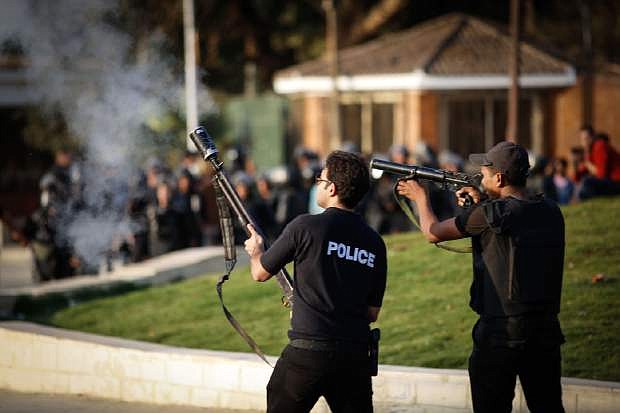 Egyptian security forces fire tear gas to disperse students and supporters of the country&#039;s ousted Islamist president after they rallied outside a Cairo university, Thursday, Nov. 28, 2013. The supporters of toppled President Mohammed Morsi held a rally Thursday to denounce a harsh court verdict against a group of young female protesters. The protests came in defiance of a new law criminalizing protests held without police permits.(AP Photo/Eman Helal) 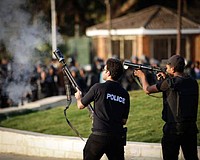