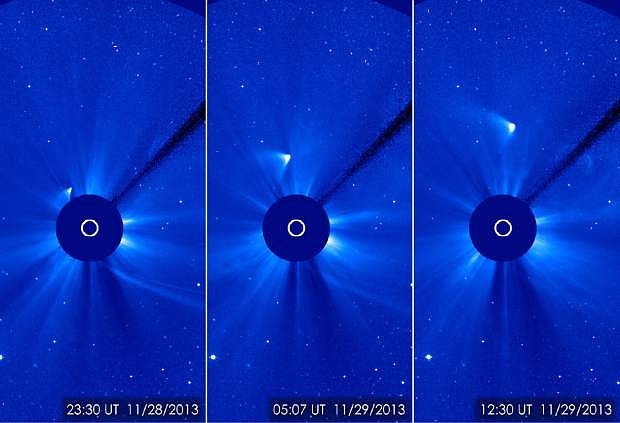 In this combination of three images provided by NASA, comet ISON appears as a white smear heading up and away from the sun on Thursday and Friday, Nov. 28-29, 2013. ISON was not visible during its closest approach to the sun, so many scientists thought it had disintegrated, but images like this one from the ESA/NASA Solar and Heliospheric Observatory suggest that a small nucleus may still be intact. (AP Photo/NASA) 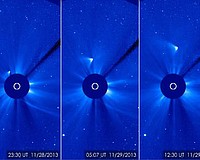