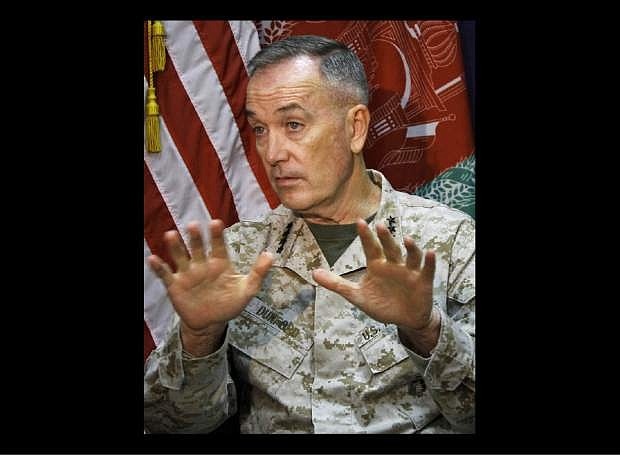 FILE - In this Aug. 10, 2013 file photo, Marine Gen. Joseph Dunford, who commands the U.S.-led International Security Assistance Force (ISAF), speaks during an interview at the ISAF headquarters in Kabul, Afghanistan. The top U.S. and coalition commander in Afghanistan expressed his deep regrets to Afghanistan&#039;s President Hamid Karzai over an allied airstrike that killed a child and injured two women, his spokesman said. (AP Photo/Ahmad Jamshid, File) 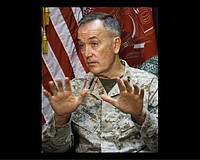