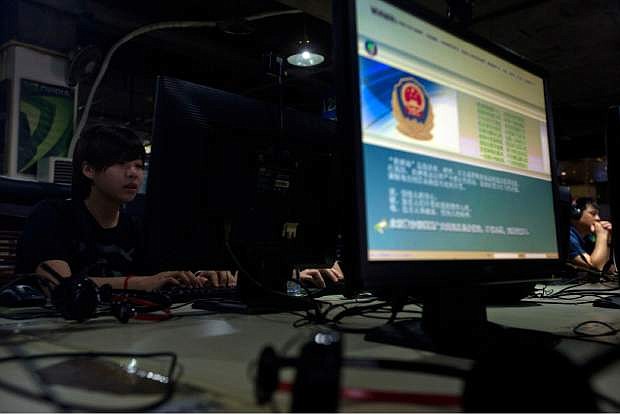 FILE - In this Monday, Aug. 19, 2013 file photo, computer users sit near a display with a message from the Chinese police on the proper use of the internet at an internet cafe in Beijing, China. The Chinese government has declared victory in its recent campaign to clean up what it considers rumors, negativity and unruliness from online discourse, while critics say the moves have suppressed criticism of the government and ruling Communist Party. (AP Photo/Ng Han Guan, File) 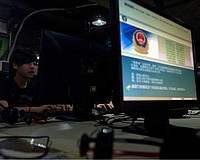