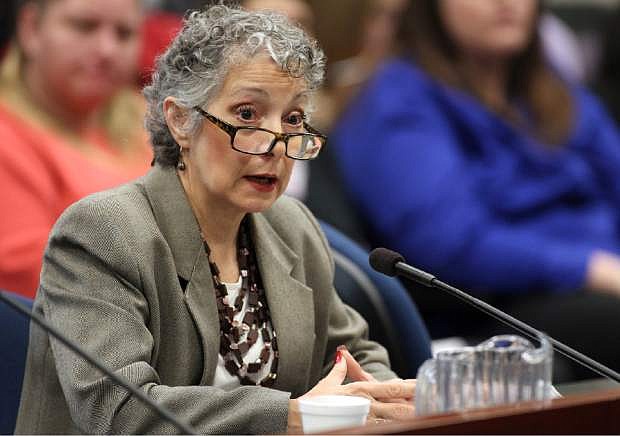 FILE - In this April 5, 2011, file photo, Nevada Assemblywoman Peggy Pierce, D-Las Vegas, introduces a measure at the Legislature in Carson City, Nev. Pierce, who was widely considered the most liberal member of the Nevada Legislature, died Thursday, Oct. 10, 2013, after a battle with cancer. She was 59. (AP Photo/Cathleen Allison, File)