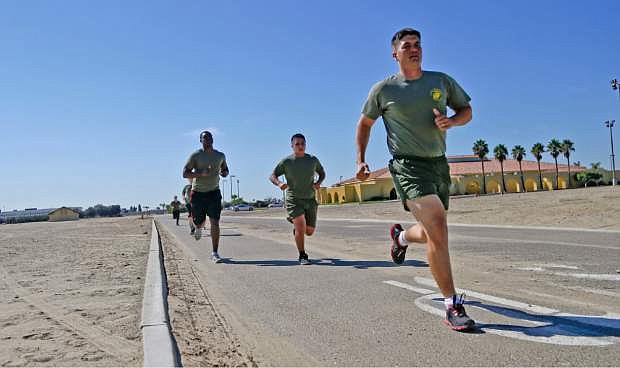 In a Thursday, Oct. 17, 2013 photo, an instructor pulls away from a group of service members on a three mile run at the Marine Corps Recruit Depot in San Diego. The group members have failed the so-called &quot;tape test&quot; and are trying to improve their conditioning to avoid being kick out of the military. Doctors say a number of military personnel are turning to liposuction to remove excess fat from around the waist so they can pass the Pentagon&#039;s body fat test. Some service members say they have no other choice because the Defense Department&#039;s method of estimating body fat is weeding out not just flabby physiques but bulkier, muscular builds. A number of fitness experts and doctors agree, and they&#039;re calling for the military&#039;s fitness standards to be revamped. (AP Photo/Lenny Ignelzi) 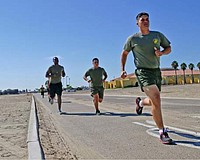 Troops use liposuction to pass test