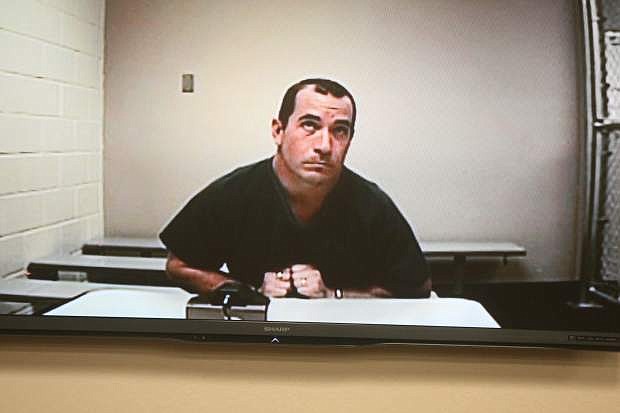 David Gomez, appearing on the video monitor, listens to Judge Tom Perkins on April 9. Gomez denied all charges against him and sought three separate trials. 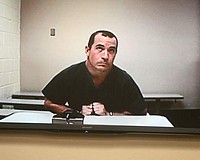 A Gardnerville man was sentenced Tuesday to a maximum of a quarter century in prison for drug trafficking and being a habitual criminal. David Gomez, 32, will have to serve a minimum of nine years before he is eligible for parole after he was sentenced by Douglas County District Court Judge Tod Young.