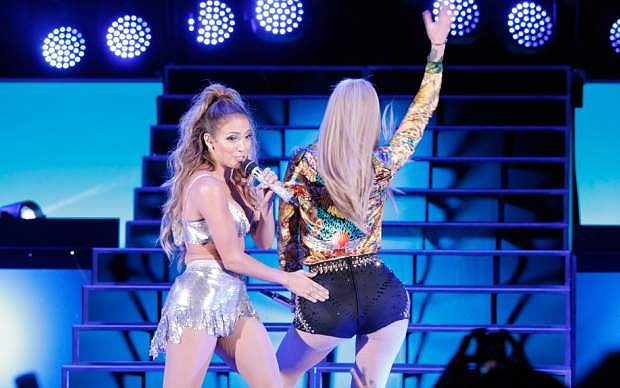 In this Oct. 24, 2014 photo, Jennifer Lopez, left, and Iggy Azalea perform on stage at CBS Radio&#039;s second annual We Can Survive concert at the Hollywood Bowl in Los Angeles. American companies are cashing in on growing demand from women seeking the more curvaceous figures of their favorite stars, like Lopez and Azalea, who regularly flaunt their fuller rear ends. (Photo by Todd Williamson/Invision/AP) 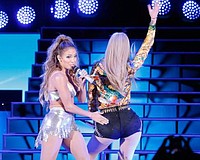 NEW YORK — Gym classes that promise a plump posterior are in high demand. A surgery that pumps fat into the buttocks is gaining popularity. And padded panties that give the appearance of a rounder rump are selling ou