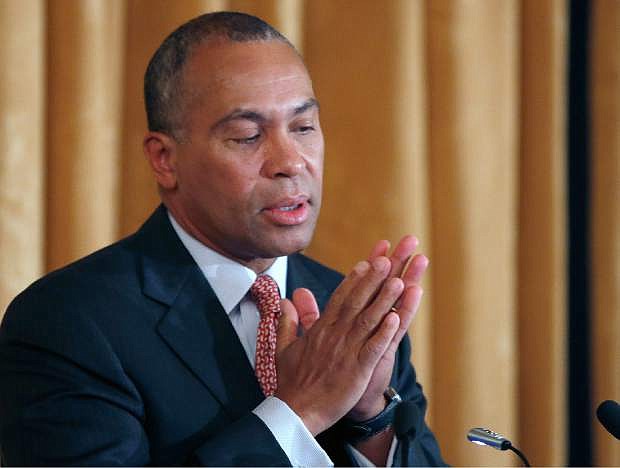 In this March 24, 2014 file photo, Massachusetts Gov. Deval Patrick reacts as he speaks at a leadership forum in Boston. The state that served as a template for President Barack Obama&#039;s Affordable Care Act had significant trouble coordinating with the federal government. The Massachusetts state-run health insurance website, designed by the same contractor that worked on the troubled federal website, performed so poorly that it prompted a public apology from Gov. Patrick. (AP Photo/Elise Amendola, File) 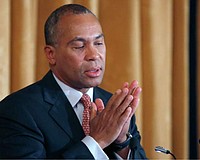