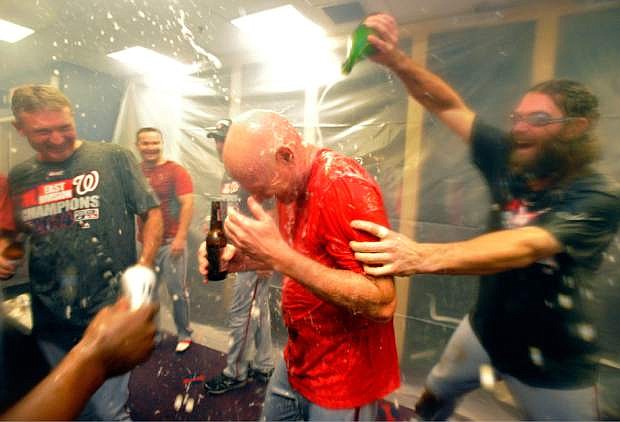 FILE - In this Sept. 16, 2014 file photo, Washington Nationals manager Matt Williams, center, is doused with champagne by Jayson Werth, right, as they celebrate their NL East division win after a baseball game against the Atlanta Braves in Atlanta. Williams was in his 18th game as a major league manager, still learning on the job with the Washington Nationals, when he went with his gut. Williams saw Bryce Harper hit a comebacker, jog out of the batter&#039;s box and veer off toward the dugout several strides before reaching first base. Williams, seething, yanked Harper from the lineup. That decision in April was one of thousands on the way to an NL East title as a rookie skipper that made clear, if there were any doubts, the 48-year-old Williams would do things his way. (AP Photo/David Tulis, File) 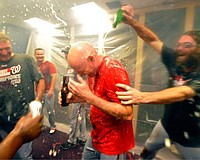