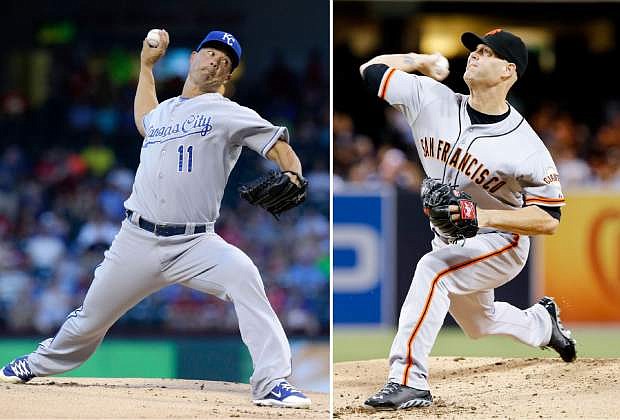 FILE - At left in an Aug. 23, 2014, file photo, Kansas City Royals starting pitcher Jeremy Guthrie throws during the first inning of a baseball game against the Texas Rangers, in Arlington, Texas. At right, in a Sept. 19, 2014, file photo, San Francisco Giants starting pitcher Tim Hudson throws against the San Diego Padres during the first inning of a baseball game in San Diego. Guthrie and Hudson will be the starters for Game 3 of the World Series Friday, Oct. 24, 2014, in San Francisco. (AP Photo/Don Boomer, File) 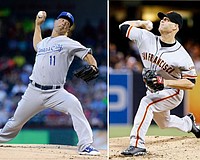 Hudson to face Guthrie in Game 3