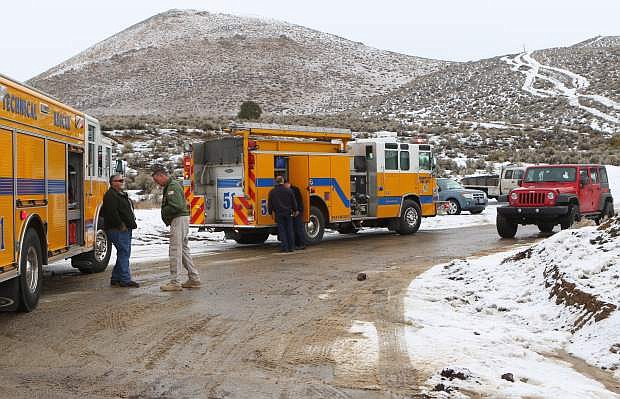 Fire and Sherrif&#039;s Dept. personnel gather at Goni Rd. Wednesday afternoon after a man was found in a truck that left the roadway and traveled approximately 400 feet. over the edge. Both departments say their services will continue to improve in 2016. 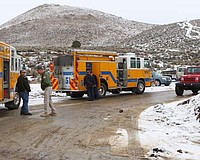