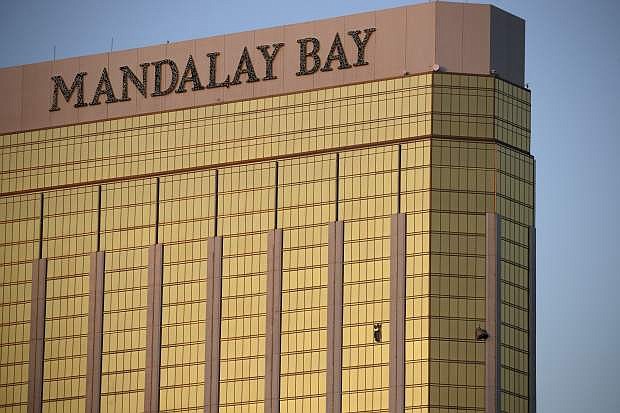 FILE - In this Monday, Oct. 2, 2017 file photo, drapes billow out of broken windows at the Mandalay Bay resort and casino on the Las Vegas Strip, following a deadly shooting at a music festival in Las Vegas. Two hotel employees had called for help and reported that gunman Stephen Paddock sprayed a hallway with bullets, striking an unarmed security guard in the leg, several minutes before Paddock opened fire from the resort on a crowd below at a musical performance, killing dozens of people and injuring hundreds. (AP Photo/John Locher, File) 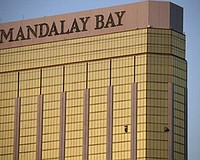