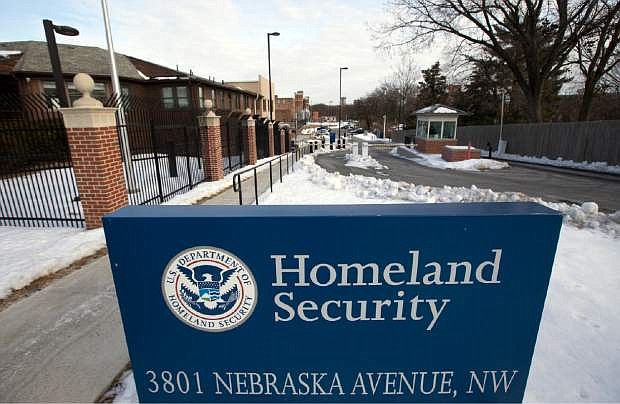 FILE - In this Feb. 24, 2015 file photo, the Homeland Security Department headquarters in northwest Washington, Tuesday, Feb. 24, 2015. Bitterly admitting defeat, House Republicans on Tuesday abandoned their attempts to use the Homeland Security Department&#039;s spending bill to force concessions from President Barack Obama on immigration, and sent him legislation to fund the agency through the end of the budget year with no strings attached. (AP Photo/Manuel Balce Ceneta, File) 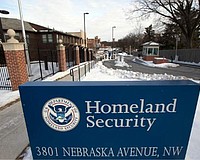