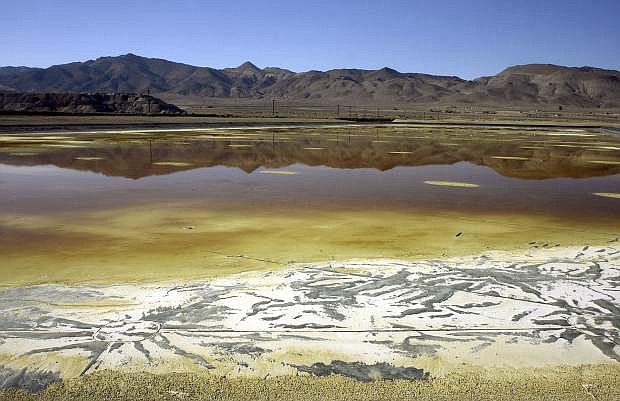 FILE - In this Nov. 30, 2004, file photo, an evaporation pond holds contaminated fluid and sediment at the former Anaconda copper mine near Yerington, Nev. Nevada wants to back out of an agreement with U.S. regulators to designate the toxic mine as a priority Superfund site, a move critics say could ultimately leave state taxpayers on the hook for hundreds of millions dollars in cleanup costs at the abandoned World War II-era copper mine near Yerington, according to documents obtained by The Associated Press. (AP Photo/Debra Reid, File) 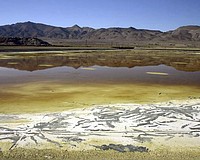 Nevada wants out of Superfund listing at Yerington mine