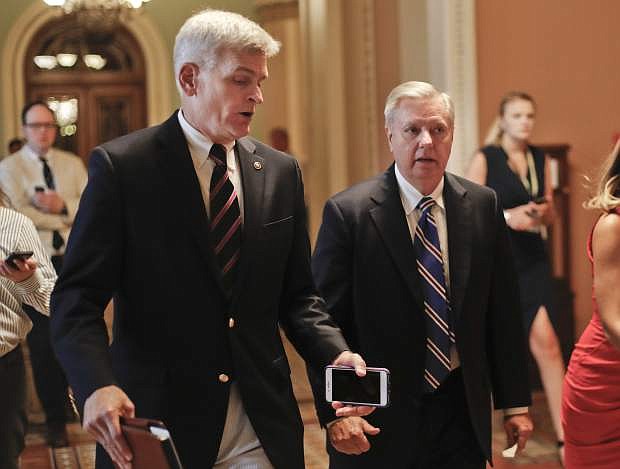 FILE - In this July 13, 2017, file photo, Sen. Bill Cassidy, R-La., left, and Sen. Lindsey Graham, R-S.C., right, talk while walking to a meeting on Capitol Hill in Washington. Senate Republicans are planning a final, uphill push to erase President Barack Obama&#039;s health care law. But Democrats and their allies are going all-out to stop the drive. The initial Republican effort crashed in July in the GOP-run Senate. Majority Leader Mitch McConnell said after that defeat that he&#039;d not revisit the issue without the votes to succeed. Graham and Cassidy are leading the new GOP charge and they&#039;d transform much of Obama&#039;s law into block grants and let states decide how to spend the money. (AP Photo/Pablo Martinez Monsivais, File) 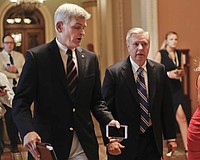