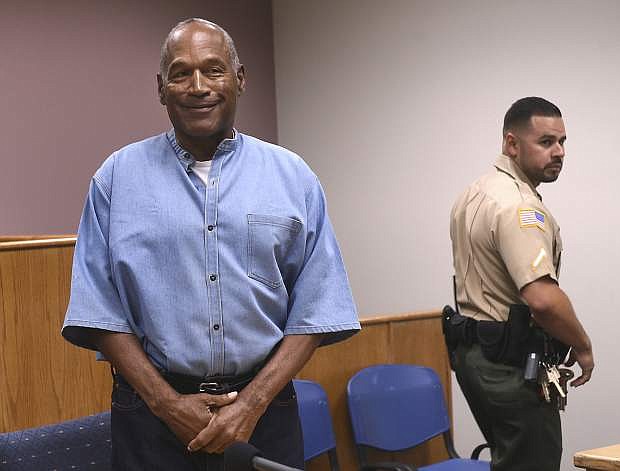 FILE - In this July 20, 2017, file photo, former NFL football star O.J. Simpson enters for his parole hearing at the Lovelock Correctional Center in Lovelock, Nev. A Nevada prisons official says a plan is in place for Simpson to be released to parole as early as Monday, Oct. 2, 2017, from a facility in the Las Vegas area. Nevada Department of Corrections spokeswoman Brooke Keast said Wednesday, Sept. 27 that the process and documents still must be finalized for Simpson&#039;s release after nine years behind bars for an armed robbery conviction. (Jason Bean/The Reno Gazette-Journal via AP, Pool, File) 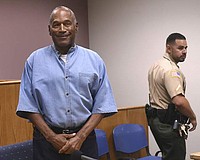 O.J. Simpson release may happen as soon as Monday