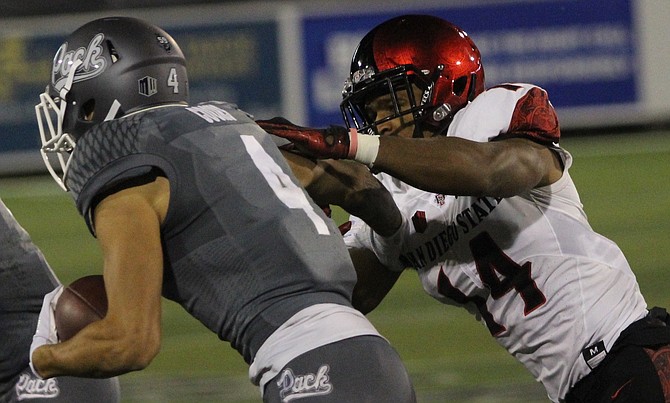 The Aztecs&#039; Tariq Thompson pulls down Nevada wide receiver Elijah Cooks (4) in the first quarter of their MWC football game Saturday in Reno.. 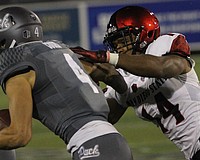 RENO — Jay Norvell now has his first signature victory as the Nevada Wolf Pack’s head coach. The Wolf Pack rallied from deficits of 14 and nine points in the first half to beat the San Diego State Aztecs 28-24 Saturday night at Mackay Stadium in front of a crowd of 14,545.