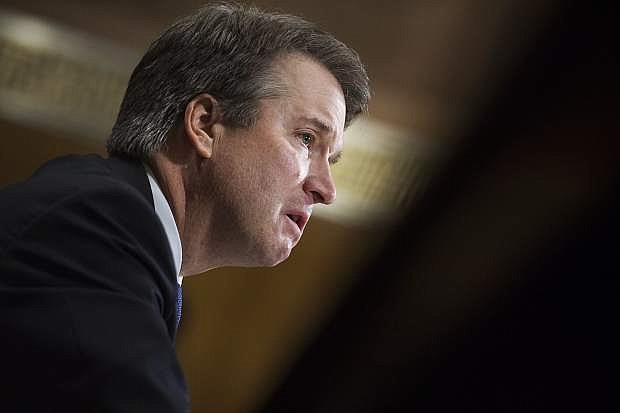 UNITED STATES - SEPTEMBER 27: Judge Brett Kavanaugh testifies during the Senate Judiciary Committee hearing on his nomination be an associate justice of the Supreme Court of the United States, focusing on allegations of sexual assault by Kavanaugh against Christine Blasey Ford in the early 1980s. (Tom Williams/Pool Photo via AP)