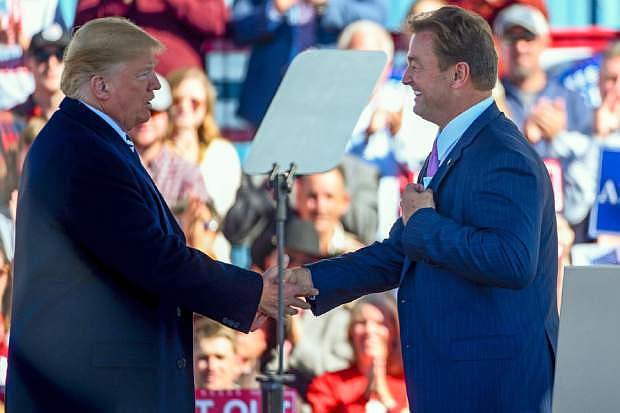 FILE - In this Oct. 20, 2018, file photo, President Donald Trump and U.S. Sen. Dean Heller, R-Nev., shake hands at a campaign rally in Elko, Nev. President Trump says former Nevada Sen. Heller lost his re-election because he was &quot;extremely hostile&quot; to Trump during the 2016 election and that he didn&#039;t pick Heller to be U.S. Interior Secretary because he couldn&#039;t get his base excited about the Republican, the Las Vegas Review-Journal reports. (AP Photo/Alex Goodlett, File) 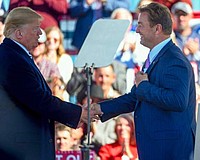 Trump: Base did not back Heller for Interior