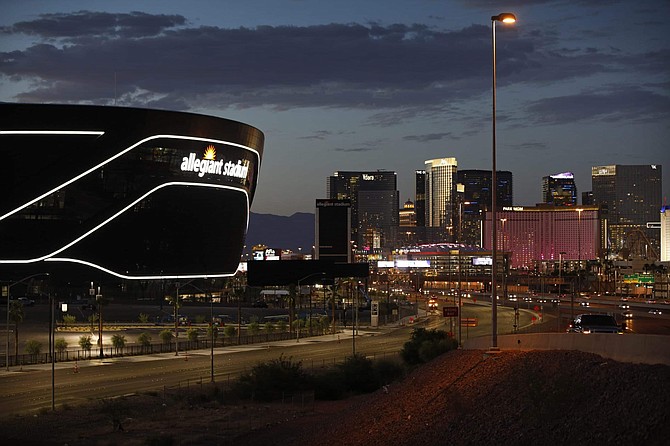 FILE - In this July 22, 2020, file photo, the sun sets behind Allegiant Stadium, new home of the Las Vegas Raiders football team, as it nears completion in Las Vegas. Officials in Nevada have declared &quot;substantial completion&quot; after nearly 1,000 days of construction of the $2 billion Allegiant Stadium in Las Vegas designed to be the home of the NFL&#039;s relocated Raiders. 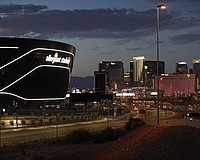 The Raiders will play their first season in Las Vegas without any fans at their home games because of the COVID-19 pandemic. The team sent a letter to season ticket holders on Monday saying that after discussion with health care officials and local leaders, the decision was made not to allow fans.