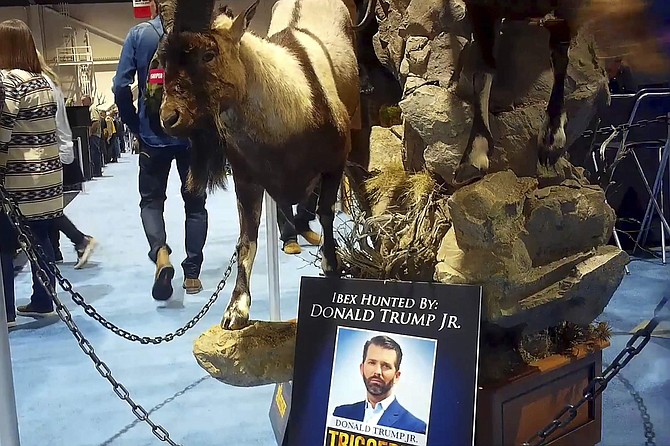 This image from video provided by the Humane Society of the United States shows taxidermy at the Safari Club International&#039;s 2020 annual convention, that was held Feb. 5-8, 2020, in Reno, Nevada. An undercover video recorded by animal welfare activists shows vendors at a recent trophy-hunting convention promoting trips to shoot captive-bred lions in Africa, despite past public assurances by the event&#039;s organizers that so-called canned hunts wouldn&#039;t be sold. An avid hunter, Donald Trump Jr. was among the featured speakers at the SCI convention last weekend. (Humane Society of the United States via AP)