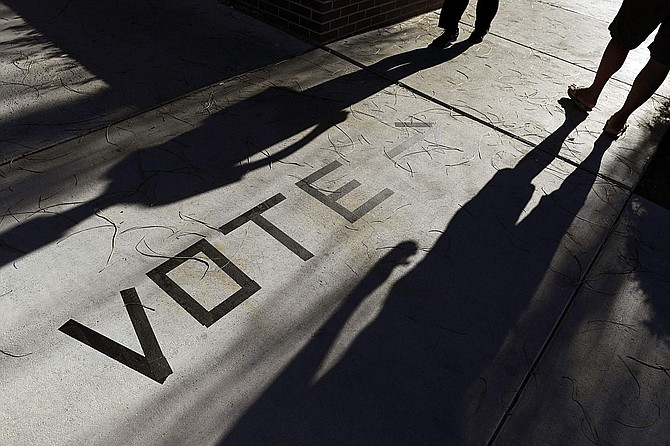 Voters head to the polls at the Enterprise Library in Las Vegas on Nov. 6, 2018. Nevada&#039;s Democratic Party has announced new paper-based balloting for its early vote starting Saturday as it scrambles to reconfigure plans and avoid tech problems and reporting delays that mired Iowa&#039;s first-in-the-nation caucuses.