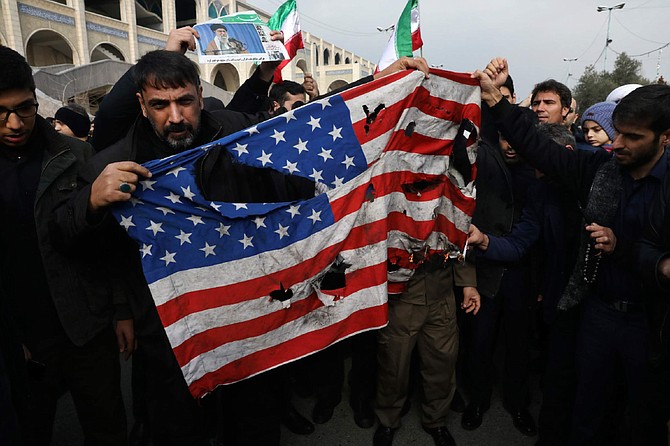 Protesters burn a U.S. flag during a demonstration over the U.S. airstrike in Iraq that killed Iranian Revolutionary Guard Gen. Qassem Soleimani, in Tehran, Iran, Jan. 3, 2020. Iran has vowed &quot;harsh retaliation&quot; for the U.S. airstrike near Baghdad&#039;s airport that killed Tehran&#039;s top general and the architect of its interventions across the Middle East, as tensions soared in the wake of the targeted killing. (AP Photo/Vahid Salemi)